skip to main | skip to sidebar

The Chinese version of the IFLA LRM (IFLA Library Reference Model: a Conceptual Model for Bibliographic Information) was published on the IFLA website on December 5, 2020. It was translated by catalogers of the National Library of China in the past two years.

Since the publication of FRBR in 1998, there had been little attention from the Chinese library community until September 2002, when Barbara Tillett visited Beijing and introduced it to colleagues in China. During the middle of the first decade of the 21st century, there were quite a lot of articles on FRBR published in Chinese journals of library science, and there were also some experimental projects for the application of FRBR to Chinese library catalogs. The Chinese version of FRBR (jointly by librarians from Shanghai Jiao Tong University Library, the Shanghai Library, Peking University Library and the National Library of China) was finally released on the IFLA website in 2008.

With the adaptation of ISBD to FRBR, the conceptual model family has been paid more attention by Chinese library catalogers and scholars. FRAD (Functional Requirements for Authority Data) was translated into Chinese by Lu WANG and other colleagues from the National Library of China (NLC), and was published in January 2010. Then, FRSAD (Functional Requirements for Subject Authority Data) was translated by Sha LIU from the Wuhan University, and was published in December 2013.

However, FRBRoo and LRM had received little attention from China before 2016, when Pat Riva gave a lecture with the title “IFLA Library Reference Model: Overview” in NLC, Beijing, China, October 21. About 120 librarians from NLC and other libraries in Beijing attended the lecture, and got latest information about the IFLA LRM. Then, more Chinese librarians began to keep up with the future development of FRBR/LRM.

Since the RDA Toolkit Restructure and Redesign (3R) Project has implemented the IFLA LRM, we think it important to have a Chinese version. Thus, six catalogers from NLC jointly completed the translation, and finalized it in May 2020. Much time was spent for the deliberation of the text and the understanding of the new terms, and the translation is also a process of comparison and learning of related standards, formats and rules.

We hope the Chinese version of the IFLA LRM will promote the understanding of international cataloging related activities in the Chinese library community.

Posted by Mandarin Bookworm at 11:19 AM No comments:

Although the Covid-19 situation is much better in China, we are still unable to work as usual. Most colleagues of mine come to the library for flexible working. I have attended quite a lot of online meetings, exhibitions, interviews, etc.

Technologies have developed so that we could have online meetings even in ten years ago. However, it seems that few people like online things and the equipments were not used frequently.

The pandemic have forced us to use IT technologies and reduce face-to-face communications.

Our life, even the future of the world, is changing.

Posted by Mandarin Bookworm at 6:30 AM No comments:

Life during the Special Period of Time

Since the end of January, we had to stay at home for about 100 days.
What I did during that period of time is to listen and practice music, to read book, to clean my room and office and to cook.
I have tried every dishes I can, and learn new dishes.
Sometimes, I went to my office, which is next door to my home, and sometimes attended online meetings at home.
Since early May, we began to work every afternoon. We are preparing to work full day perhaps in June.
It is a very special period of time in my lifetime.
Posted by Mandarin Bookworm at 6:08 PM No comments:

Daily Life under the Shadow of the Virus

We began our long holiday on January 24 (Chinese lunar new year eve), and then the Novel Coronavirus (COVID-19) broke out.
The holiday was prolonged, and then we have to work at home.
I have been very busy, and didn't spend much time with my family. Now, I can spend time at home, and clean the rooms, repair electrical and plumbering equipments, read books, practice musical instruments, cook different dishes, etc., everyday.
Of course, the library is still closed.
I hope it will be better soon.
Posted by Mandarin Bookworm at 4:46 PM No comments:

My Sketch Portrait by Xuecun Luo in October 2018 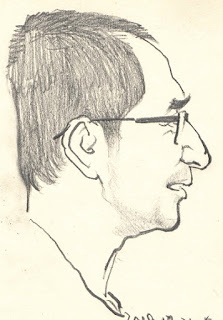 How to put humans in cages?

Mr. Ying HAN, one of my friends and a painter from Qingdao (Tsingtao), is very philosophical. Two years ago at the beginning of the Year of the Dog, he made an ex-libris for me, with a dog saying "how to put humans in cages?" 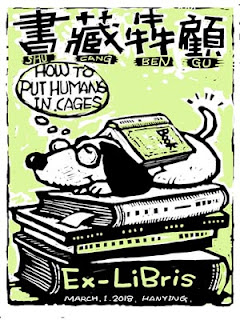 Two years later, faced with the 2019-nCoronaVirus, we have to stay at home for several weeks, just like animals in cages. Animals are coronated at the Year of the Rat. Humans will be punished by the nature, if they continue to be so greedy. 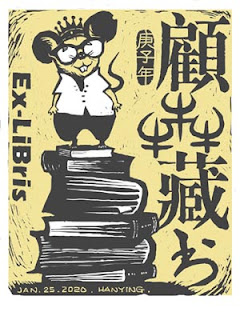 Posted by Mandarin Bookworm at 4:37 AM No comments:

I like the Etymological Calendar 2020 published by Brill in Leiden, The Netherlands, in November 2019. 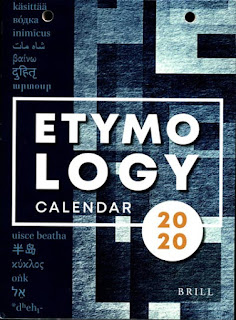 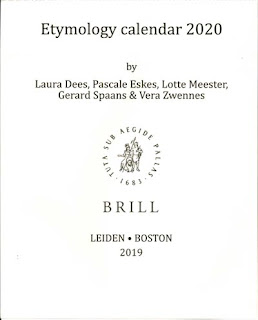 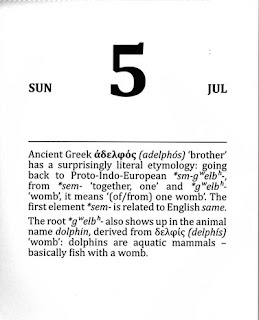 I also collected a complete set of Brill's notebooks published in more than ten years. 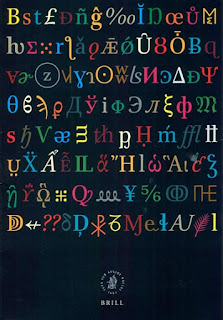 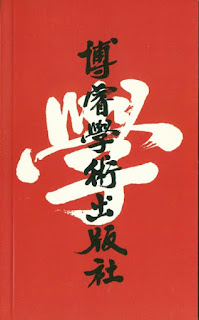 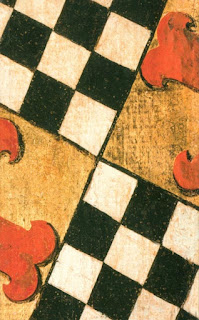 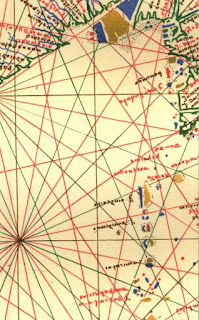 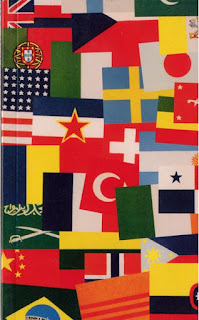 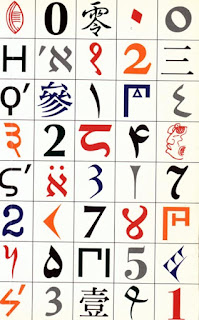 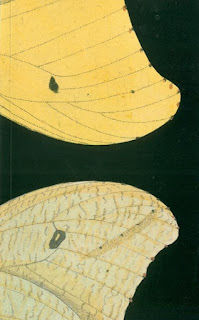 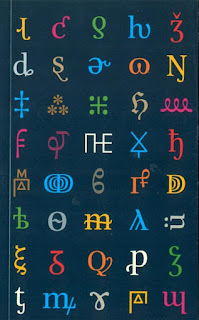 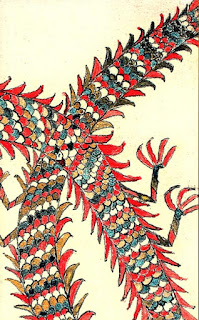 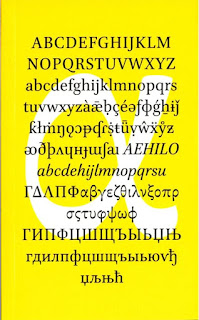 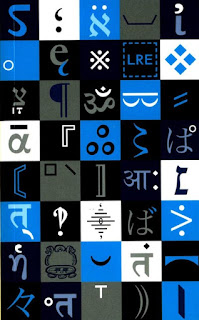 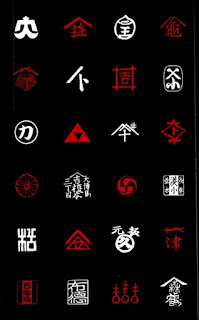 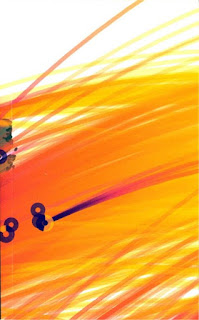 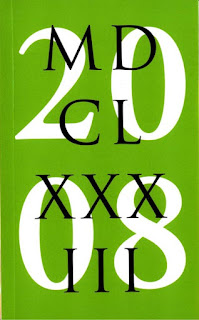 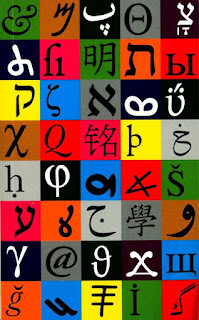 Posted by Mandarin Bookworm at 4:46 AM No comments: